How can I dentify My RO System Filters, Replacement?

How to find out that my drinking water is safe? 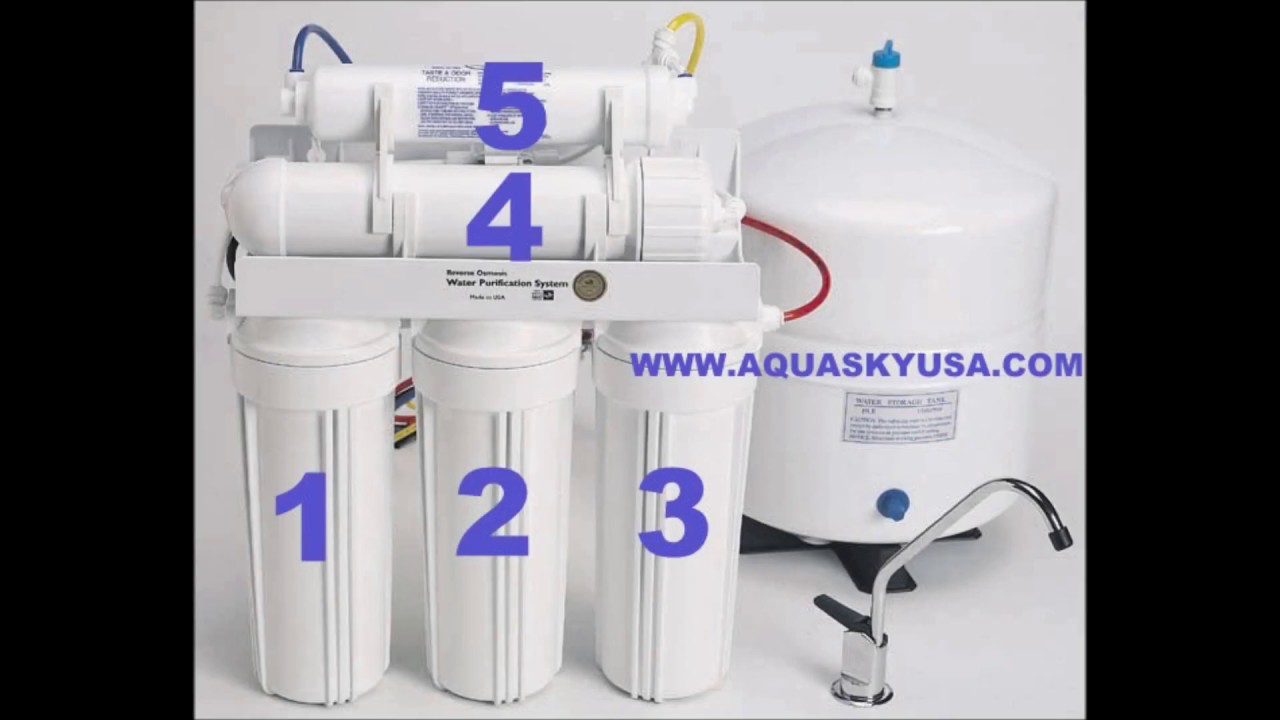 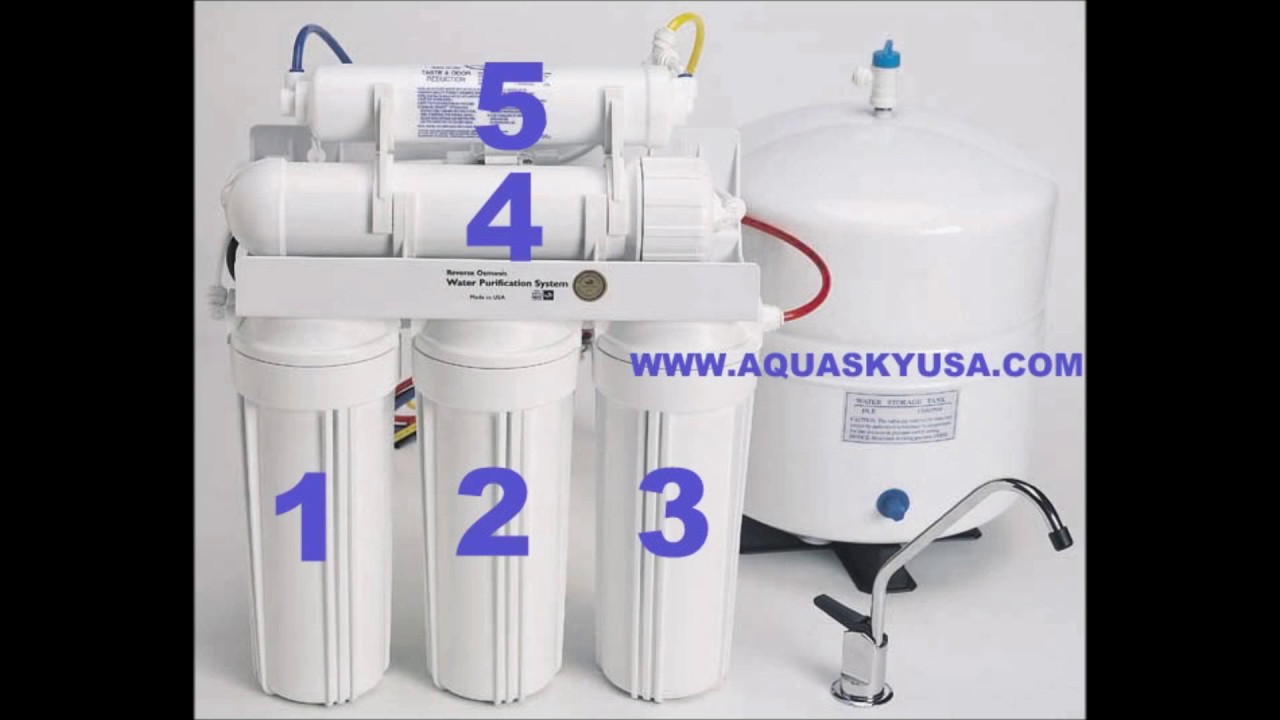 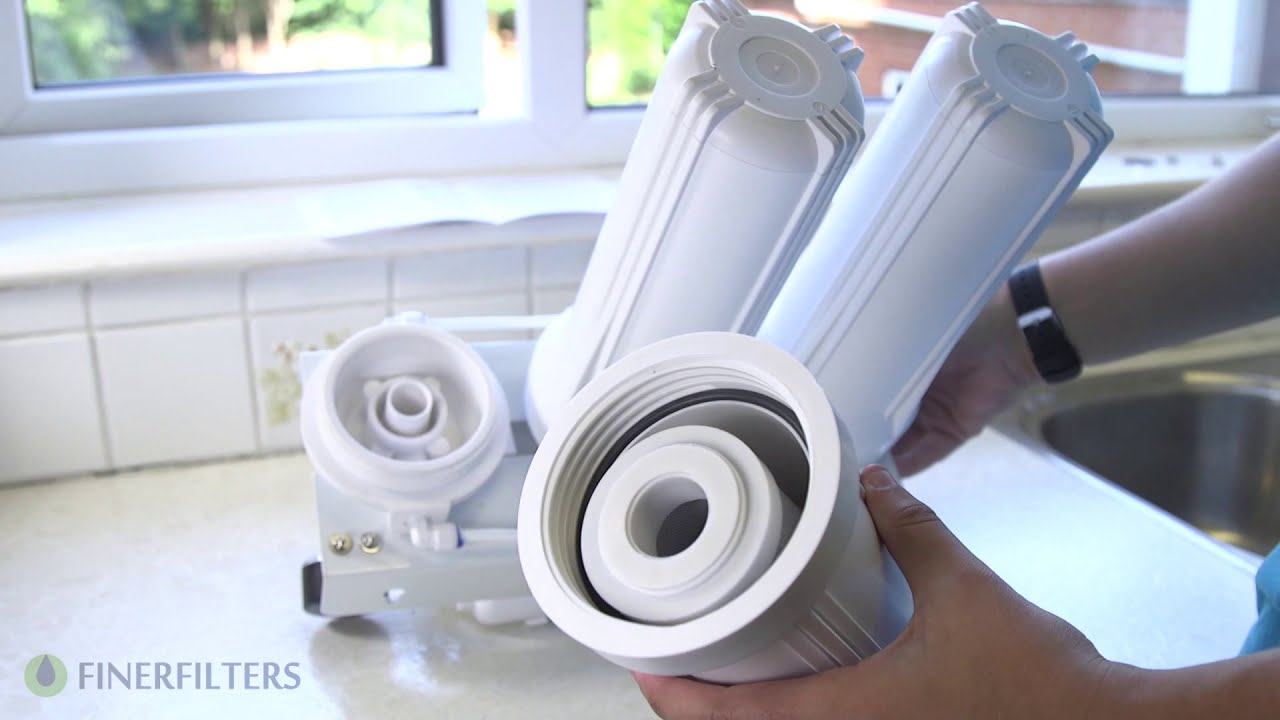 How to install a Reverse Osmosis Water Filter System - Finerfilters 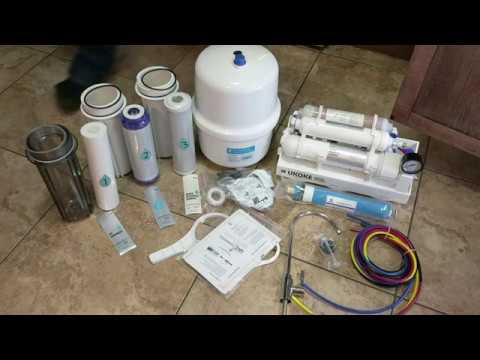 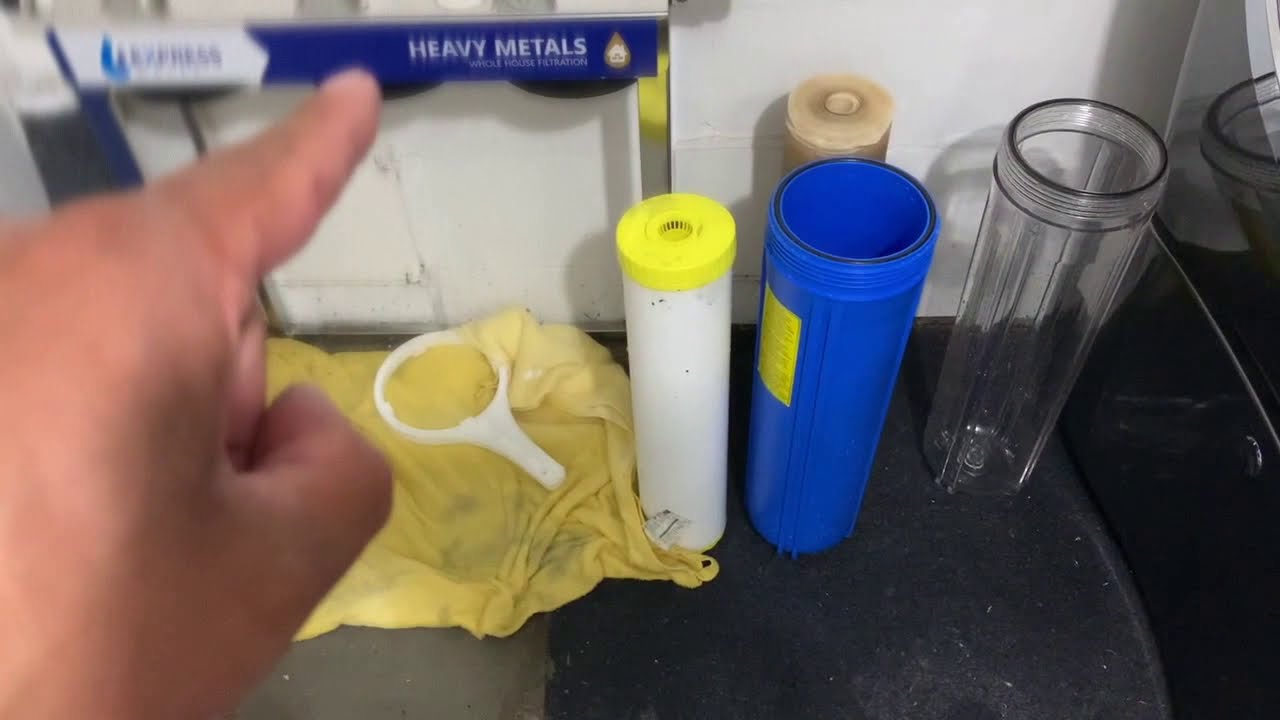 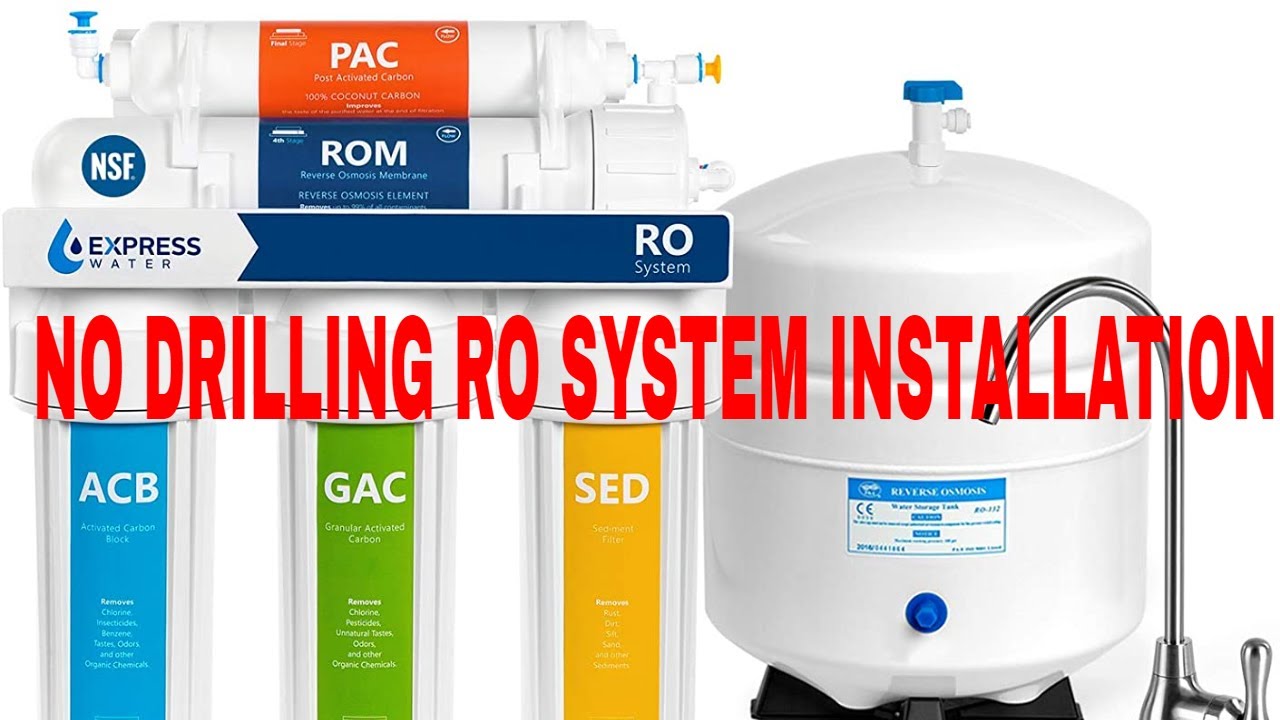 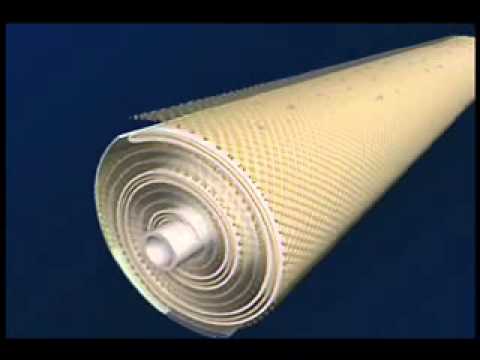 What is reverse osmosis

Reverse Osmosis (RO) is a water purification technology that uses a semipermeable membrane to remove ions, molecules and larger particles from drinking water. In reverse osmosis, an applied pressure is used to overcome osmotic pressure, a colligative property, that is driven by chemical potential differences of the solvent, a thermodynamic parameter. Reverse osmosis can remove many types of dissolved and suspended chemical species as well as biological ones (principally bacteria) from water, and is used in both industrial processes and the production of potable water. The result is that the solute is retained on the pressurized side of the membrane and the pure solvent is allowed to pass to the other side. To be "selective", this membrane should not allow large molecules or ions through the pores (holes), but should allow smaller components of the solution (such as solvent molecules, i.e., water, H2O) to pass freely.

In the normal osmosis process, the solvent naturally moves from an area of low solute concentration (high water potential), through a membrane, to an area of high solute concentration (low water potential). The driving force for the movement of the solvent is the reduction in the free energy of the system when the difference in solvent concentration on either side of a membrane is reduced, generating osmotic pressure due to the solvent moving into the more concentrated solution. Applying an external pressure to reverse the natural flow of pure solvent, thus, is reverse osmosis. The process is similar to other membrane technology applications. However, key differences are found between reverse osmosis and filtration. The predominant removal mechanism in membrane filtration is straining, or size exclusion, so the process can theoretically achieve perfect efficiency regardless of parameters such as the solution's pressure and concentration. Reverse osmosis also involves diffusion, making the process dependent on pressure, flow rate, and other conditions.

Reverse osmosis is most commonly known for its use in drinking water purification from seawater, removing the salt and other effluent materials from the water molecules.

A process of osmosis through semipermeable membranes was first observed in 1748 by Jean-Antoine Nollet. For the following 200 years, osmosis was only a phenomenon observed in the laboratory. In 1950, the University of California at Los Angeles first investigated desalination of seawater using semipermeable membranes. Researchers from both University of California at Los Angeles and the University of Florida successfully produced fresh water from seawater in the mid-1950s, but the flux was too low to be commercially viable[3] until the discovery at University of California at Los Angeles by Sidney Loeb and Srinivasa Sourirajan[4] at the National Research Council of Canada, Ottawa, of techniques for making asymmetric membranes characterized by an effectively thin "skin" layer supported atop a highly porous and much thicker substrate region of the membrane. John Cadotte, of FilmTec Corporation, discovered that membranes with particularly high flux and low salt passage could be made by interfacial polymerization of m-phenylene diamine and trimesoyl chloride. Cadotte's patent on this process[5] was the subject of litigation and has since expired. Almost all commercial reverse-osmosis membrane is now made by this method. By the end of 2001, about 15,200 desalination plants were in operation or in the planning stages, worldwide.

In 1977 Cape Coral, Florida became the first municipality in the United States to use the RO process on a large scale with an initial operating capacity of 11.35 million liters (3 million US gal) per day. By 1985, due to the rapid growth in population of Cape Coral, the city had the largest low-pressure reverse-osmosis plant in the world, capable of producing 56.8 million liters (15 million US gal) per day (MGD).[6]

Formally, reverse osmosis is the process of forcing a solvent from a region of high solute concentration through a semipermeable membrane to a region of low-solute concentration by applying a pressure in excess of the osmotic pressure. The largest and most important application of reverse osmosis is the separation of pure water from seawater and brackish waters; seawater or brackish water is pressurized against one surface of the membrane, causing transport of salt-depleted water across the membrane and emergence of potable drinking water from the low-pressure side.

The membranes used for reverse osmosis have a dense layer in the polymer matrix—either the skin of an asymmetric membrane or an interfacially polymerized layer within a thin-film-composite membrane—where the separation occurs. In most cases, the membrane is designed to allow only water to pass through this dense layer while preventing the passage of solutes (such as salt ions). This process requires that a high pressure be exerted on the high-concentration side of the membrane, usually 2–17 bar (30–250 psi) for fresh and brackish water, and 40–82 bar (600–1200 psi) for seawater, which has around 27 bar (390 psi)[7] natural osmotic pressure that must be overcome. This process is best known for its use in desalination (removing the salt and other minerals from sea water to produce fresh water), but since the early 1970s, it has also been used to purify fresh water for medical, industrial and domestic applications.